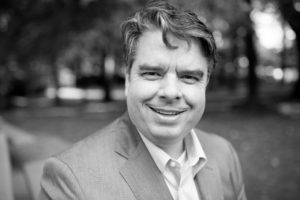 He was the chief attorney of the Major Felony Section at Metropolitan Public Defenders, Inc., before starting his own law firm.

He was chair from 2006-2010 of the Education Committee for the Oregon Criminal Defense Lawyers Association. The committee organized conferences around the state for criminal defense lawyers and investigators, worked on developing cutting edge arguments and defenses, and expanded the resources available to defense attorneys. He has won the OCDLA’s President’s Award on multiple occasions.

A frequent speaker at legal conferences, he has spoken on topics such as: Writing and Arguing Motions to Suppress; Creative Defenses to Drug Crimes; Equal Privileges Under the Oregon Constitution; and many more. He edited the latest edition of the OCDLA Search and Seizure manual.  And he has authored chapters in criminal law books on topics including: Drug Delivery and Manufacturing, Murder, Criminal Defenses, and Pre-Trial Motions.

He continues to write regularly on criminal defense and sentencing issues at Oregon Library of Defense. It is a website designed both for criminal defense lawyers, defendants and families of defendants, to help explain the most difficult legal issues.

Ryan handles cases at both the trial and appellate levels.